So I didn't totally embarrass myself while in Europe. I think the worst I did was ask the hotel person why there were two buttons to flush the toilet (smaller button is for smaller flushes). I would do a slideshow, but that's entirely to much work so the pictures are below. 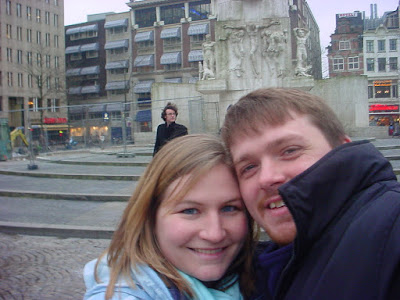 This location is called The Dam. I don't know why it's called that. Our first night we ate at a place called Wakamama. This is one of the few places that you order by number (McDonalds surprisingly enough is not one of those places). Anyways, the high point of Wakamama (and the reason for even bringing it up) is that I ordered a '69'. Heh-heh 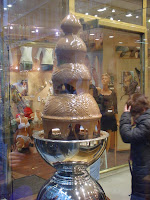 The next stop on the Europe tour was Brussels. Brussels is known for it's chocolate. Here you can see a chocolate fountain. These were fairly common. The lady in the picture had so much chocolate she just couldn't take seeing it any longer. 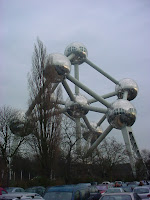 After watching people do their best Augustus Gloop impressions we headed to the Atomium. You get to take escalators to each of those orbs and look at Barbie dolls. Europeans are weird. 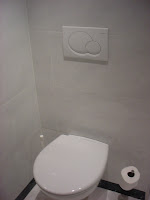 After seeing all the barbie dolls one can take we head back to the hotel. I go to use the toilet but the multiple buttons intimidate me. 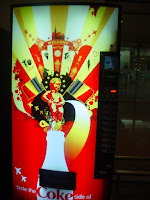 Unfortunately it was then time for Shayna to make her return trip home. At the airport we were going to get a coke..but it seems they have a secret ingredient over that that just doesn't seem right. I couldn't make this sort of stuff up if I tried. 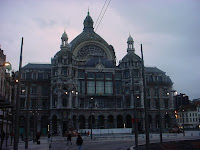 After Shayna left it was time for me to take the train to Antwerp. Antwerp is a nice little town. They really do their train stations up right. This is actually the train station in Antwerp. 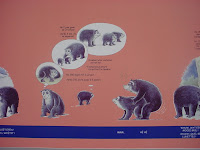 I actually got to the hotel before I could check in. So I went to the zoo which was located across the street. This is an actual sign from the zoo.

So there you have it. My experience of Europe in a nutshell. Shayna's posts will be more detailed.